The battle between Tom and Jerry has begun 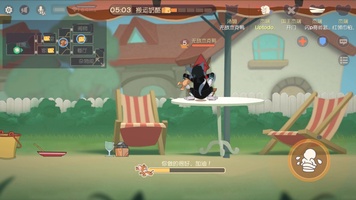 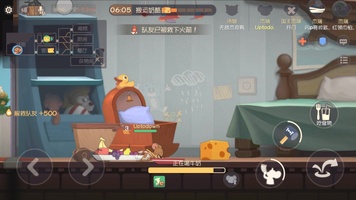 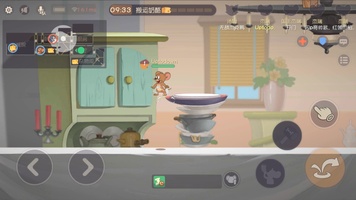 Advertisement
TOM AND JERRY: Joyful Interaction is a multiplayer action game where four mice have to face off against a cat in an enormous house full of traps. The aim of the cat, of course, is to trap the four mice, who in turn are trying to survive as long as they can, causing chaos in the house.

The controls in TOM AND JERRY: Joyful Interaction are well adapted for touchscreens. On the left side of the screen are your movement arrows, while on the right are your buttons to jump, attack, and interact with things around the level. In the setup options, in any case, you can customize the controls as desired.

The way a game plays out in TOM AND JERRY: Joyful Interaction is always the same: during the first thirty seconds the mice can take a look at the house safely using robots. Once that time is up, the game starts. The player controlling the cat has ten minutes to chase down the four mice and tie them to a rocket. If he can do it, he wins the game.

TOM AND JERRY: Joyful Interaction is an online action game that basically offers a very similar experience to the one in the brilliant Identity V, but from a 2D perspective. The graphics are amazing, too, making it feel like you're watching an episode of Tom and Jerry the whole time.
Reviewed by Andrés López Translated by Sam
Advertisement

Why is this app published on Uptodown?
(More information)

How to put the English language at least?

Water Splash
An adventure in the form of a Match 3!
King Soccer Champions
Play your hardest and win the championship
Bobby'snCanvas
MiniCraft: Blocky Craft
Create your own block world and have an adventure
Golf Clash
Quick and fun golf matches
Bingo Blitz
The most entertaining way to play bingo
Extreme Car Driving Simulator
Take your car to the limit in a realistic environment
Remixed Pixel Dungeon
A new and improved version of Pixel Dungeon